I remember Christmas with my grandparents. They always encouraged me, my sisters, and cousins to be on our best behavior lest we receive a visit from the Jólasveinar. In the Icelandic tradition, Christmas is a time for celebration, but also a time for well-behaved children. That isn’t necessarily different than many other cultures that believe in Santa Claus or some version of the gift-giving elf. However, in the Icelandic tradition, it is a family of trolls that are intended to promote the good behavior in the young: thirteen Jólasveinar (“Yule Lads”), their parents, and the family cat, as it were.  And their method of supporting good behavior isn’t the prospect of receiving a lump of coal should a child misbehave, but rather the consequence of mischief (theft, in most cases, of the 13 lads), or at worst, being kidnapped, stewed, and eaten by the matriarch, Grýla, who has a taste for naughty youths.

In each of the thirteen days of Christmas in Iceland, good behavior is left alone and bad behavior is rewarded with punishment. Today, the “lads” have been reformed such that good behavior is rewarded each night by a small gift, but the punishment is still on the table – in some cases, the theft of a pot; a spoon; a bowl; or again, at worst, death by stew. This is a great example of asymmetric risks, where the reward is status quo on one side and a grim demise on the other. While the consequences aren’t anywhere near as bad, the risks appear to be asymmetric as we look at the prospects for the Canadian dollar vis-à-vis the US dollar.

The Bank of Canada maintained its overnight rate target at 1.75% today, choosing to buck the trend of many other central banks, which have implemented rate cuts over the past number of months. By the tone of the policy statement it would appear that the BoC is in no hurry to jump on the bandwagon with a rate cut of its own. In fact, based on the tone of the statement, it appears as if the BoC views the economic landscape as favourable and the risks to the downside diminished. The Bank commented, “There is nascent evidence that the global economy is stabilizing….Financial markets have been supported by central bank actions and waning recession concerns while being buffeted by news on the trade front.” The Bank is clearly in the glass-half-full camp.

We found the last comment by the Bank particularly interesting, “Future interest rate decisions will be guided by the Bank’s continuing assessment of the adverse impact of trade conflicts against the sources of resilience in the Canadian economy – notably consumer spending and housing activity [emphasis added].” We are not quite as optimistic as the Bank that the consumer will hold up, given the overall indebtedness of Canadians and weaker retail sales data that would suggest some underlying stress. Further, we would suggest that the two are linked – housing and spending – and have been driven in part by ongoing debt accumulation. And if one trips, the other falls. Nonetheless, the loonie jumped half a cent today on the statement as the probabilities for a rate cut by the BoC fell below 50% through October next year. And herein lies the asymmetric risk.

Our fair value model for the loonie (Forex: CADUSD) would suggest the Canadian dollar should sit at US$0.825 (CAN$1.211) today. The model has suggested a higher value for the loonie than where it has been trading for a couple of months now as the Canadian and US interest rates converged. We have been of the mind that the BoC would follow other central banks with a cut near-term and interpret the lower value of the CAD relative to the fair value model as the currency markets sharing the same view. Given the statement today, we have to acknowledge that the BoC is likely to hold out as long as they possibly can before they shift to an easing bias. As such, the risks to the loonie are now skewed to the upside.

If the economic conditions, trade or otherwise, worsen through the first half of 2020 and, in response, the BoC cuts by 50 bps, all else being equal, our model would suggest the fair value of the loonie to be US$0.749 (CAN$1.334) or down approximately -1% from today’s value. If the BoC holds firm alongside the Fed at 1.75%, we could see appreciation of the loonie by upwards of 9% (to approximately US$0.82/CAN$1.21). In this regard, given the limited upside and greater downside we see in holding the USD, we would not want to be overexposed to the greenback relative to the CAD over the coming 3-6 months. We believe a move to US$0.80 is a stretch, but just as with the yule lads, better to be aware of what could happen lest we suffer the asymmetric risks. 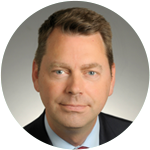