Vibrant and varied Portugal waits to welcome you.

Standing on the shores of portugal, facing the Atlantic Ocean, you can smell the same salty, fresh air that inspired Portuguese explorers to set sail into the unknown – from Vasco da Gama, who established a new trading route to India, to Pedro Álvares Cabral, who navigated to Brazil.¹ Today, Portugal is a popular travel destination in and of itself. With its dreamy castles, sun-drenched beaches, world-class gastronomy and welcoming people, it was voted “Europe’s leading destination” at the 2018 World Travel Awards, while its autonomous archipelago Madeira was named “Europe’s leading island destination.”² Start your own voyage of discovery by saying “Olá” to Portugal.

In Portugal, the past is present. It’s everywhere you turn, with structures and landscapes (including 15 sites on the UNESCO World Heritage List³) evoking long-ago eras and distinct cultures. Gaze at animal figures carved 10,000 and more years ago in the Côa Valley.⁴ Ponder enigmatic megaliths like Almendres Cromlech outside Évora, erected 2,000 years before Stonehenge.⁵

Wander through the Celtic fortified village of Citânia de Briteiros.⁶ Absorb the presence of the Roman Empire in Conímbriga’s well-preserved mosaics, baths and fountains.⁷ Visit a Visigoth church at the Catedral Visigótica de Idanha-a-Velha.⁸ And admire the Moorish influence in Sintra’s Castelo dos Mouros.⁹

Portugal’s history after the Moors was defined by global exploration. The country’s adventurous sailors helped it establish one of the most extensive and powerful empires in the world, stretching into Africa, South America and Asia.¹⁰ Reflect on the great age of maritime discovery at Lisbon’s Monastery of the Hieronymites, built in memory of Prince Henry the Navigator, and the nearby Tower of Belém, constructed to commemorate Vasco da Gama’s expedition.¹¹ 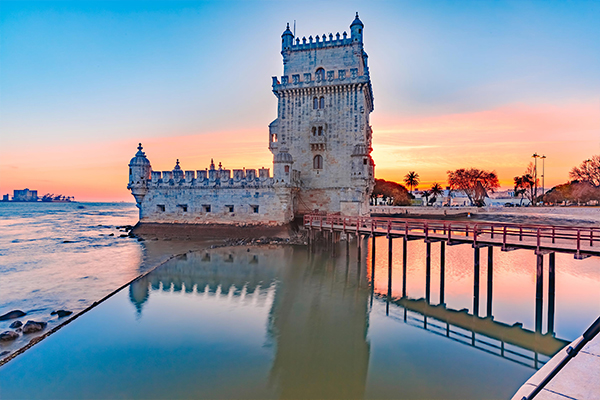 Torre Belèm, a medieval fortified tower located on the banks of the Tagus River.

Sun on the water

Of course, the country is ever so much more than monuments to the past. With plenty of sunshine year-round and almost 1,800 kilometres of coastline on the mainland and offshore archipelagoes, Portugal is an excellent beach destination.¹² 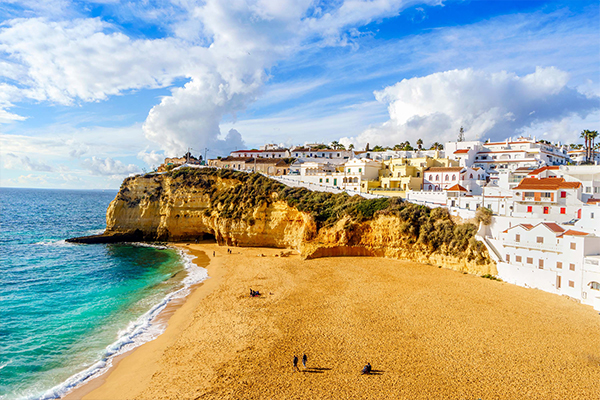 Soak up the sun and stroll along wide sandy beaches in the charming town of Carvoeiro, Algarve.

Into something more adventurous? Surfers flock to Carcavelos, Ericeira and Peniche near Lisbon, as well as to the Azores and Madeira.¹⁷ In the Azores, visitors can explore more rugged terrain, including geysers, volcanic lakes and the barren landscape around the Capelinhos volcano.¹⁸ On Madeira, you can climb above the clouds between Pico Ruivo and Pico do Areeiro,¹⁹dive into the waters of the Garajau Parcial Nature Reserve,²⁰ and boat out to sea to visit whales, dolphins and loggerhead turtles.²¹

Whatever mix of relaxation and excitement you choose, dip your toes in the sea as often as possible.

Legend has it that Odysseus stopped near present-day Lisbon on his meandering trip home from the Trojan War. When he left, the nymph Calypso was broken-hearted and transformed herself into a snake. The coils formed the seven hills that define Lisbon’s geography.²²

Terraces on those hills – the miradouros, or viewpoints – provide spectacular views of a city largely constructed after a destructive earthquake, tsunami and fire in 1755.²³ At the heart of the city is the Baixa with its plazas, grand boulevards, boutique shops and excellent restaurants, where buildings incorporate some of the earliest earthquake resistant designs.²⁴ Your Lisbon experience may also include wandering through Alfama’s lantern-lit maze of alleys, savouring a custard tart (pastel de nata) and espresso in an Art Nouveau café, and participating in the lively nightlife of the Bairro Alto.²⁵

Other cities that should make your list include Porto and Sintra. Porto, Portugal’s second-largest city and famous for its port wine, is an attractive jumble of terracotta roofs and church steeples tumbling down to the Douro River. Sintra is the fairytale-pretty home to Romantic-style palaces perched on steep hills and exquisite gardens that influenced landscape design across Europe.²⁶ 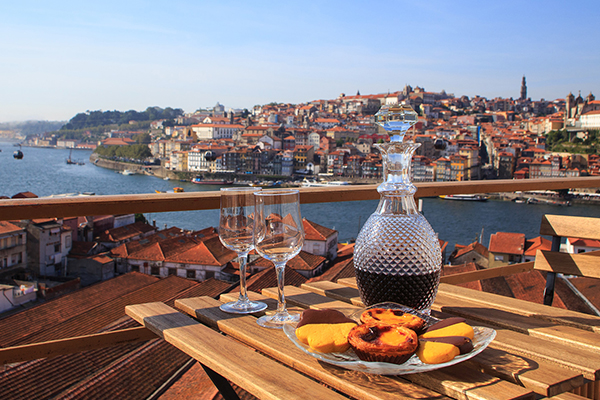 Tickle your tastebuds with a traditional pastel de nata and a glass of Port.

As you savour the flavours of Portugal, marvel at how far the country’s culinary influence stretches. Traders from Portugal introduced chili to India, and India’s vindaloo curry is a descendant of Portugal’s vinha d’alhos marinade.²⁸ Meanwhile, Portugal’s peixinhos da horta made their way to Japan and inspired tempura.²⁹

A hop across the pond

Portugal is one of the closest European destinations for Canadians – and whether you’re into history, nature, culture or food, it has all the ingredients for a memorable vacation. Start building your ideal itinerary at www.visitportugal.com. 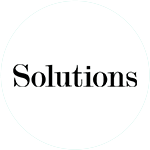