The case of Van Steenis v. The Queen, 2018 TCC 78 shows why it’s important to be careful to preserve the tax deductibility of interest paid on loans used to purchase investments.

In this case, the taxpayer, Mr. V., borrowed money to buy units of a mutual fund. Each year from 2007 to 2015, Mr. V. received a return of capital (ROC) from the fund. Mr. V. used some of the ROC to reduce the outstanding investment loan principal but used most of the ROC for personal purposes.

In his annual tax filings, Mr. V deducted all the interest paid on the investment loan.

Because Mr. V. had spent some of his ROC on personal expenses, the CRA denied a portion of Mr. V.’s interest deduction, stating that interest deductions could only be claimed if the investment loan was still being “used for the purpose of gaining or producing income from property” as required by paragraph 20(1)(c) of the Income Tax Act.

The Tax Court disagreed and provided this rationale:

…Mr. Van Steenis invested money in the Fund and the Fund gave him some of his money back. That portion of his money is no longer invested. Had the Fund made income distributions to Mr. Van Steenis, his investment would not have changed. He would have been able to continue to deduct his full interest payments.

Although this may seem like a simple issue, a lot of people get it wrong. The devil is always in the details.

To maintain the deductibility of the interest on an investment loan, any ROC should be reinvested, or used to repay the loan principal, otherwise the interest deduction must be prorated to reflect the amount of the ROC that was used in other ways.

Individuals should be careful investing borrowed money in any vehicle that can pay distributions of ROC, for example, Series T or T-Class mutual funds, income-type mutual funds and income trusts such as real estate income trusts (REITs). Also, a portion of any withdrawal, whether ad hoc or as part of a systematic withdrawal plan, is considered ROC.

The case of Van Steenis v. The Queen, 2018 TCC 78 shows why it’s important to be careful to preserve the tax deductibility of interest paid on loans used to purchase investments.

In either case, receiving ROC from a leveraged investment will reduce the interest deduction proportionally unless the ROC is reinvested in another qualifying use or applied against the loan principal.

The same rule applies if the investment provides a return of paid-up capital, such as with a direct stock investment. Paragraph 1.40 of Income Tax Folio S3-F6-C1 provides: “Where a corporation reduces the paid-up capital of certain shares in order to return the shareholder’s initial investment, any interest on borrowed money used by the shareholder to acquire the shares will only be deductible to the extent that the proceeds from the return continue to be used for eligible purposes.”

Concepts such as Immediate Financing Arrangements where life insurance is immediately leveraged to invest, assume that interest is fully deductible. If the borrowed money is invested in a vehicle that provides a return of capital, the investor should be careful to reinvest the capital into another eligible use so that the whole of the interest can remain tax deductible.

These columns are current as of the time of writing, but are not updated for subsequent changes in legislation unless specifically noted. 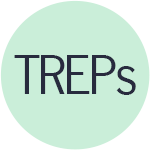