Canadian residents are required to file Form T1135 with their tax return when the total cost of all specified foreign property is $100,000 or more during the year. Failure to do so can lead to late penalties of $25 a day up to a maximum of $2,500. What happens if a taxpayer realizes they should have been filing the T1135 and voluntarily comes clean to Canada Revenue Agency (CRA)? A recent court case1 may provide an answer.

In that case, the taxpayer, Scott Moore worked for GE Capital from 2003 to 2016.  He participated in the employer sponsored share purchase plan to acquire shares of GE Canada’s parent which was a publicly traded U.S. corporation.  He made bi-weekly contributions which were matched by GE Canada.

In March 2016, GE Capital Canada was acquired by Wells Fargo Canada and this ended Mr. Moore’s participation in his employer sponsored share purchase plan. He then chose to transfer his shares to a Canadian brokerage account.

Mr. Moore reported all dividends received on his shares up to that time on his tax returns.  There is no indication that any employment benefit was not also properly reported. Further, no amount was misrepresented, mischaracterized or omitted in his 2015 tax return.

The additional information on specified foreign property in the Guide is under the sub-heading “Specified Foreign Property.”  It consists of very little information other than a reference to the form itself and then identifying several properties that are not specified foreign property. Following that there is a further sub-sub-heading titled “Shares of a Non-Resident Corporation” which says that if you hold 10 percent or more of the shares of a non-resident corporation you may have to complete a T1134.  It literally says nothing about a T1135 form.

While Mr. Moore voluntarily disclosed his late filing to CRA, he was unaware that this should have been done under CRA’s formal Voluntary Disclosure Program if he wanted to avoid coming to Court. Nonetheless, the judge ruled that the due diligence defense was appropriate in this case and waived all penalties.

In his decision, Justice Boyle pondered the odds of this appeal being before his Court had Mr. Moore taken a less honest approach and started filing his T1135 in 2016, not alerting CRA to the fact the $100,000 threshold was triggered in 2015.

As a final observation, Justice Boyle asks the rhetorical question, “Is Mr. Moore’s disclosure to CRA on a voluntary basis of his failure to file a 2015 information return not the type of compliance effort CRA wants to encourage Canadians to follow?” Clearly the Court answered this in the affirmative. 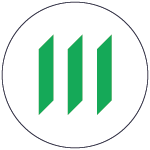