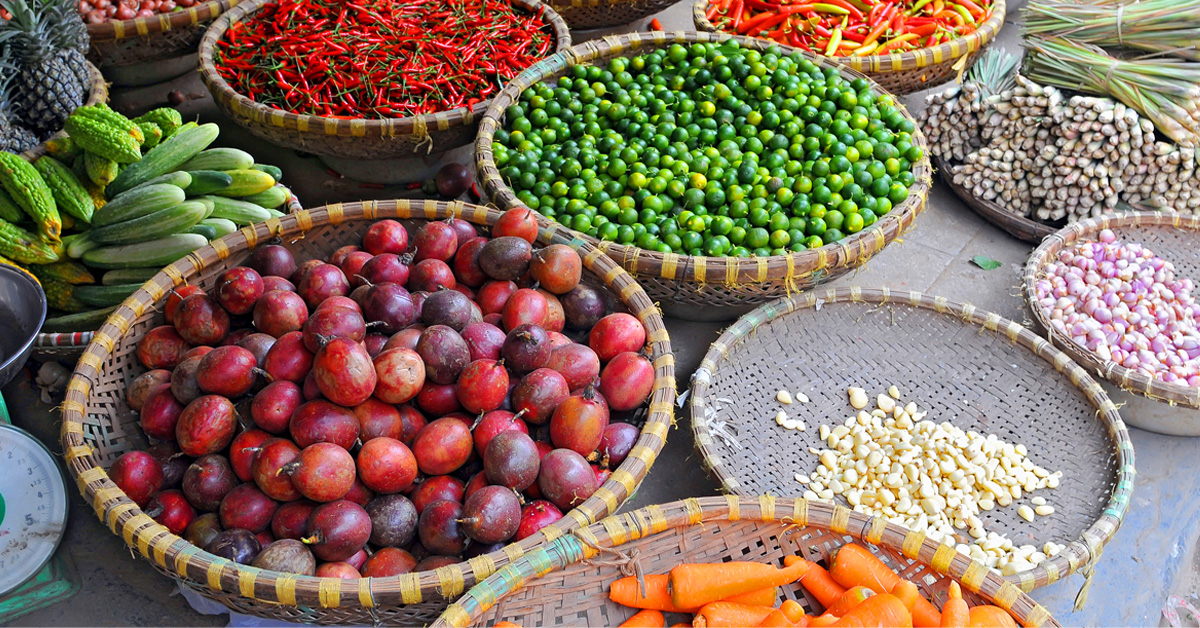 Rising real food prices are a highly regressive and visible shock, both within and across economies. Against a macro backdrop characterized by an extended period of below-trend global GDP growth and rising interest rates, the economic implications of a worsening global food crisis couldn’t have come at a worse time. As of August this year, the share of global trade affected by export restrictions is already higher—and more persistent—than in the wake of the COVID-19 outbreak and the Asian food price crisis of 2007/2008. As things stand, it’s difficult to foresee a scenario in which the trend will reverse anytime soon.

The surge in food prices isn’t a temporary blip: Energy and fertilizer prices—two components critical to food production—have been rising steadily since December 2020. European natural gas prices, for instance, jumped more than ten times between December 2020 and August 2022, while the cost of phosphate rock, used in the manufacturing of fertilizers nearly tripled. Unsurprisingly, the food category within Consumer Price Indexes (CPIs) globally has jumped: As of August this year, on average, annual food price inflation has risen by 10.2% across developed markets (DMs) and by 14.2% across emerging markets (EMs).

The surge in food prices is a function of several factors.

It’s clear that a sustained period of significantly higher food prices can have far-reaching implications on the global economy. We highlight 10 ways in which it can affect growth.

1 Squeeze on income and discretionary spending

Food accounts for around 14% of CPI baskets in DM economies (excluding Japan) and around 24% in EM economies.2 Much of this spending is inelastic (i.e., demand is relatively unresponsive to changes in price, so higher food price inflation eats into spending on discretionary/nonessential items as consumers try to maintain consumption at higher price levels). It goes without saying that this development will have an adverse impact on economic growth. At this juncture, food price inflation exceeds overall inflation in most countries.

The spike in food price inflation and the corresponding food shortages have exacerbated concerns about income distribution and food security, both within and between countries. In extreme cases, pockets of the population in some economies may face starvation and experience irreversible nutritional damage among children; the ongoing hunger crisis in Madagascar is a case in point. Political instability may also arise—it’s happened before; for example, the Arab Spring in the Middle East and North Africa in 2010/2011 and the Asian food crisis in 2007/2008, not to mention the recent crisis in Sri Lanka, which led to the collapse of the government in May this year.

Protecting access to food supplies has become an increasing priority for some governments. Since the beginning of the year—specifically, after Russia began its conflict with  Ukraine—more than 30 countries have imposed restrictions on food exports through measures such as export licenses and taxes as well as outright bans. So far, the total amount of exports affected by these restrictions represents about 17% of total calories traded in the world. That’s significantly higher than in the aftermath of the COVID-19 outbreak and the Asian food price crisis in 2007/2008. We expect this trend to continue.

Food export restrictions could multiply and spill over into related goods such as food substitutes (e.g., rice) or inputs for affected goods (energy and fertilizer). This increases the likelihood that more countries will feel the need to limit important resource exports, as was the case in past food crises, further exacerbating supply problems. In its latest “Food Outlook” report, the United Nations warned that the situation does “not augur well for a market-led supply response that could conceivably rein in further increases in food prices for the 2022/23 season and possibly the next.”

Some governments are attempting to cushion the negative impact on households from the higher cost of living through subsidies and other social protection policies. Mexico, for instance, has announced caps on gasoline and natural gas prices alongside an initiative to regulate prices for basic food products. The Indian government, on the other hand, hiked minimum support prices for all mandated kharif crops by between 4.44% and 8.86% for the 2022/2023 marketing season to encourage farmers to shift toward crops such as oilseeds and pulses. These initiatives, while no doubt helpful, come at a cost, especially at a time when government finances have already been depleted due to fiscal measures enacted through the COVID-19 crisis.

Government bond issuance typically rises as official funding needs to grow, particularly in times of economic difficulty. More often than not, these debts inevitably find their way onto the balance sheets of local banks. It’s a development that can heighten the risk of a negative feedback loop in which banks are forced to pull back on lending as growth slows and the value of the government bonds falls. The International Monetary Fund (IMF), for instance, recently warned that nearly 60% of low-income economies are at risk of experiencing debt distress and expects more countries to seek debt relief in the coming months.

7 Local currency depreciation against the USD has exacerbated imported inflation

As local currencies depreciate amid rising U.S. dollar (USD) strength and tighter USD funding costs, import bills are becoming larger for many EM economies. Worryingly, despite the monetary tightening to date, real policy rates in many EM economies remain too low to stem depreciation pressures. At the same time, declining global demand could mean that EM exports might not enjoy the boost typically associated with domestic currency weakness.

Heightened risks of a global recession, mounting geopolitical concerns, tighter monetary conditions, and elevated inflation have weighed sharply on EM investment flows. EM suffered a net outflow of US$9.8 billion in July 2022, continuing the episode that began in March.3

A number of EM central banks have ramped up foreign reserve sales over the past couple of months to offset capital outflows and support their weakening currencies. The drawdown of foreign currency reserves has been significant: Data shows that the recent round of drawdown is the largest drawdown exercise of its kind (on a six-month sum basis) since the devaluation of the renminbi in 2015 and the global financial crisis before that. Worryingly, these drawdowns have the same effect as monetary tightening in the sense that they compound the central bank policy tightening that’s already under way.

A doom loop could develop where a significant deterioration in current account positions along with reduced capital inflows could lead to currency depreciation and reduced reserve buffers. These crises typically occur when the inbound capital needed to finance a current account deficit (or to offset gross capital outflows) reverses or stops altogether. Without access to foreign funds, an economy is exposed to a disorderly balance of payment adjustments, leading to an even deeper recession. The Asian financial crisis of 1997/1998 and the European debt crisis of 2010/2012 are both examples of balance-of-payment crises.

It’s clear to us why high food and energy inflation can be unpalatable for central banks and governments, but supply problems require supply solutions, which only work with a lag. In the meantime, there remain strong pipeline price pressures from intensifying food scarcity and food price inflation.

We expect global policymakers to come under heightened pressure to simultaneously break the back of supply-driven inflation and address the cost-of-living crisis enveloping many households. If policymakers are serious in that endeavor, it will be difficult for central banks to deliver a dovish pivot until they’ve witnessed a decline in commodity prices and a rise in wages (expressed as a percentage share of real GDP). From that perspective, policymakers remain far from their goal and could feel compelled to gravitate toward more aggressive monetary tightening.

According to the IMF, the food crisis has reversed two decades of development gains. The IMF also warned that the kind of doom loop that led Russia to default on its debts in 1998 could return to haunt EM economies. The World Bank, on the other hand, noted that every one-percentage-point increase in food prices can throw an additional 10 million people into extreme poverty. The bank also warned that mounting food insecurity can derail progress toward achieving the UN’s Sustainable Development Goals by 2030 despite the creation of a US$170 billion rescue package to help fragile economies. Beyond having a significant impact on economic growth, rising food price inflation could also challenge our commitment—investors and policymakers—to the broader sustainability movement, since it sits firmly within the social function of the environmental, social, and governance framework that we’ve embraced collectively as a societal goal. Difficult decisions will need to be made, and they might not please everyone, but they’re key to transforming the global system into one that prioritizes resilience, sustainability, and improved prosperity for our communities.

1 Chicago Board of Trade, Commodity Futures Trading Commission, as of July 2022. 2 National Statistics Offices, Macrobond, Manulife Investment Management, as of August 2022. 3 Institute of International Finance, as of August 3, 2022.